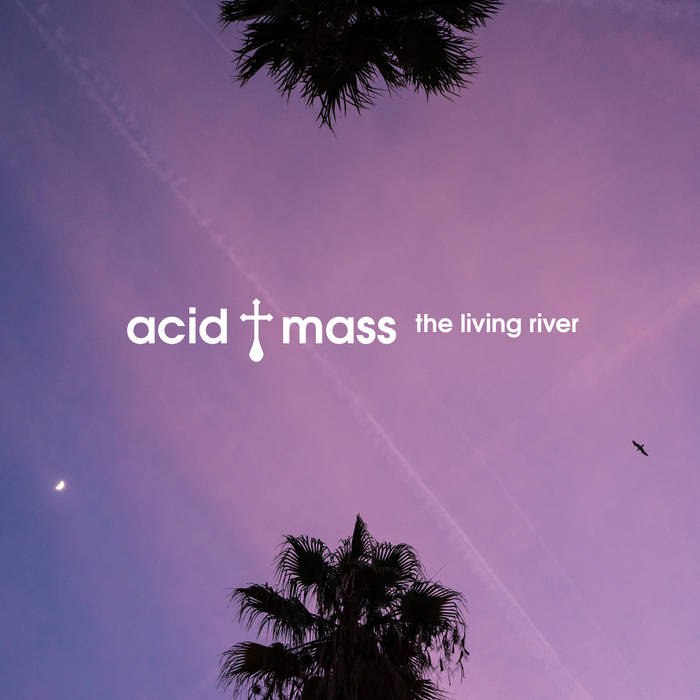 If you meet anyone from Sheffield, sooner or later you’ll hear them talking about hills. Wherever you walk, wherever you look, you can see distant fragments of the city - lit windows miles away through mist and trees. At night, the city’s a blinking, flickering semi-rural Ridley Scott model landscape. Acid Mass is a band formed from this permanent view. Through a simple combination of improvised saxophone, monophonic synthesizer and drum machine, they create an ambience as evocative as it is propulsive. Thick drones of murky synth underpin a saxophone warped and skewed by a multitude of effects - the latter used so dextrously they almost seem to play alongside the original source. Cock-sure and incised drum machine rhythms emerge and lift the record out of the dark water, only to dissipate and drop it right back in again when tracks take an atmospheric turn. It is no accident that all Acid Mass recording sessions and performances happen in a twilight darkness - why diverge from your origins?

As such, this record was recorded, completely improvised, in a candlelit basement of 21 Joshua Road, Sheffield during the early Autumn months of 2016. The house, which Chris Bollington (Synth, Drum Machine) lived in at the time was a tall, oppressive victorian end of terrace where space, mould and detritus of previous tenants bore down from every corner. Over the course of 3 days, the basement was cleared and Nick Potter (of the same house, Blood Sport and The Audacious Art Experiment) set up a special room to record in. Chris and Tom McCormick (saxophone, effects) went down into the gloom below.. and that was it - 3 days later after pressing record, Acid Mass came back up the steep steps with many hours of recordings that would eventually form this LP.

Sheffield has long held an extremely vibrant and proactive DIY music culture, and one that in recent years paved the way for neighbours in terms of depth, variety and sheer scale of DIY spaces, studios and nights. Acid Mass are deeply ingrained in this scene and it made perfect sense to take the recordings to Ben Hunter, a producer also from Audacious’ extended family, who performs as the modular wizard Saif Mode and includes records like Sievehead’s Into The Blue on his production CV. To master it, they only had to walk 3 minutes up the hill to Dean Honer (The Eccentronic Research Council, All Seeing Eye, The Moonlandingz, International Teachers of Pop).

The result is a truly immersive soundscape that flows with the pace of the night-time, but twisting and turning to touch on influences as diverse as Bohren & Der Club of Gore, Hospital Records, Adrian Sherwood, Vangelis and Terry Riley. This is no exercise in Ableton athletics from a bedroom producer - everything they do is live, fully improvised and completely in the moment. You won’t hear them playing this record performed - but if you do see them live, you’ll hear them taking you on another journey, maybe between the windows faded penthouse suites or through the sputters of rain outside a late night takeaway. In this setting the 4x4 kick and bass synthesizer is always pushed deep to the limit, drawing out more dread and fear - especially at their regular post-midnight sets at Audacious Space, the infamous late night venue run by The Audacious Art Experiment that’s played host to everyone from Helena Hauff to Sun Araw.

This record shows another side of Acid Mass, however. In this journey, there’s a glistening warmth atop the dread - a long deep gaze over the metropolis nestled on the 7 hills.

Recorded by Acid Mass in the candlelit basement of 21 Joshua Road, Sheffield during the early Autumn months of 2016

The Audacious Art Experiment is more than a record label. We’re a community mindset that yearns for something more than nine to five, consumer lead culture and aim to take back our chosen social freedoms, artistic expressions and community spirit from the companies trying to sell them to us. Music is our voice and the records we make are the product of our beliefs, dreams and desires. ... more

Bandcamp Daily  your guide to the world of Bandcamp